With Fall starting, comfort food has been on my mind. I have been craving some ooey gooey sweet apple bread so I started thinking… What is the EASIEST way to make the treat I’m desiring? The answer… monkey bread! 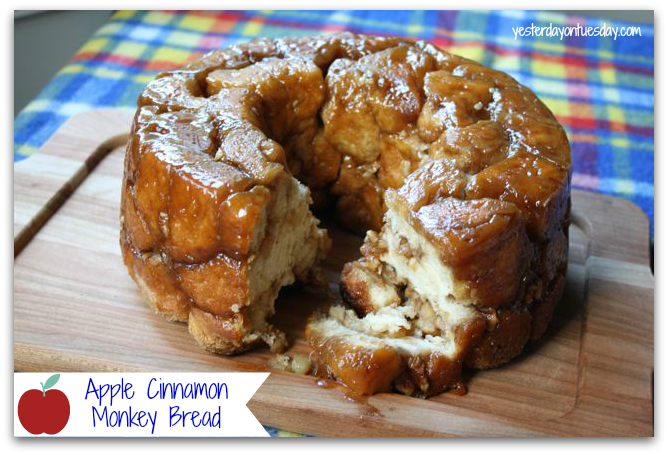 Sharing at these fab parties!