My Mom and I had the best time ever at this year's Farm Chicks Antique Show.  The event was filled to the gills. Here's one of two lines to get in– after the show had already been open for an hour! 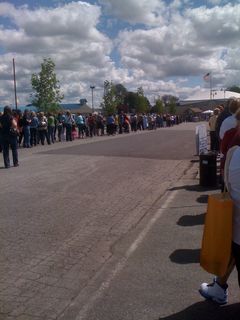 As soon as we entered the event, we saw this amazing display.  It's a giant "cake" made out of… well… I actually don't know but it was cool.  It was there as an advertisement for a bakery named (you guessed it) "Cake" in neighboring Cheney. 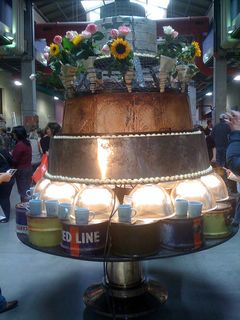 Here are some of the lovely sights I saw and the names of the vendors to go with them: 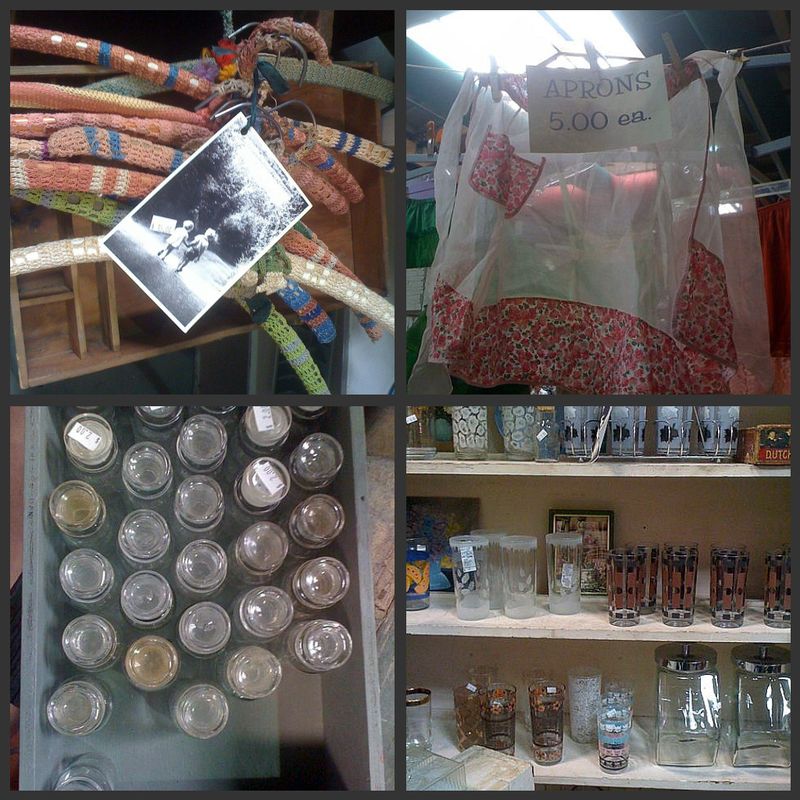 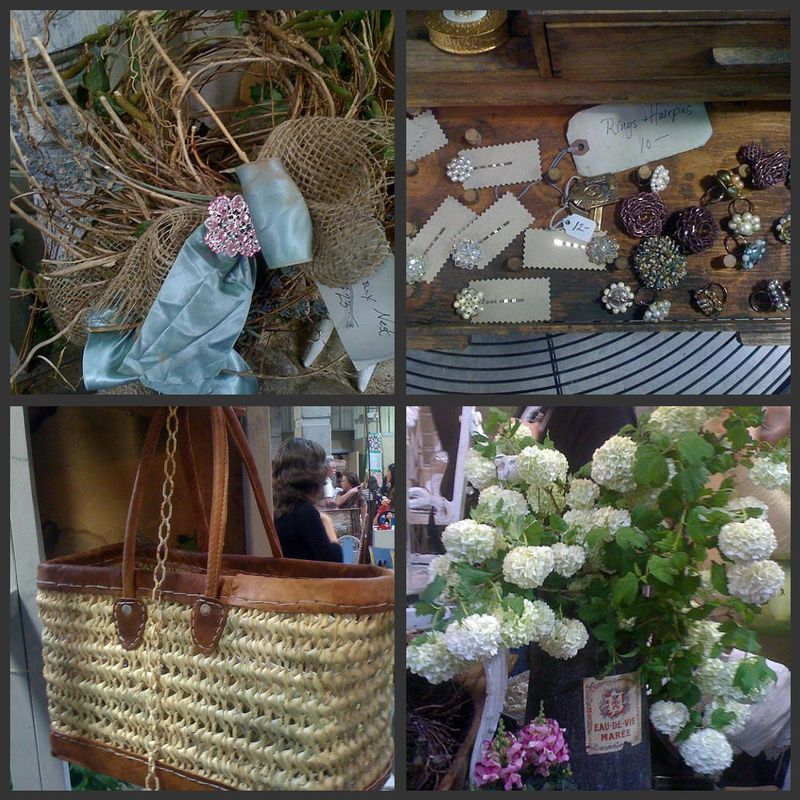 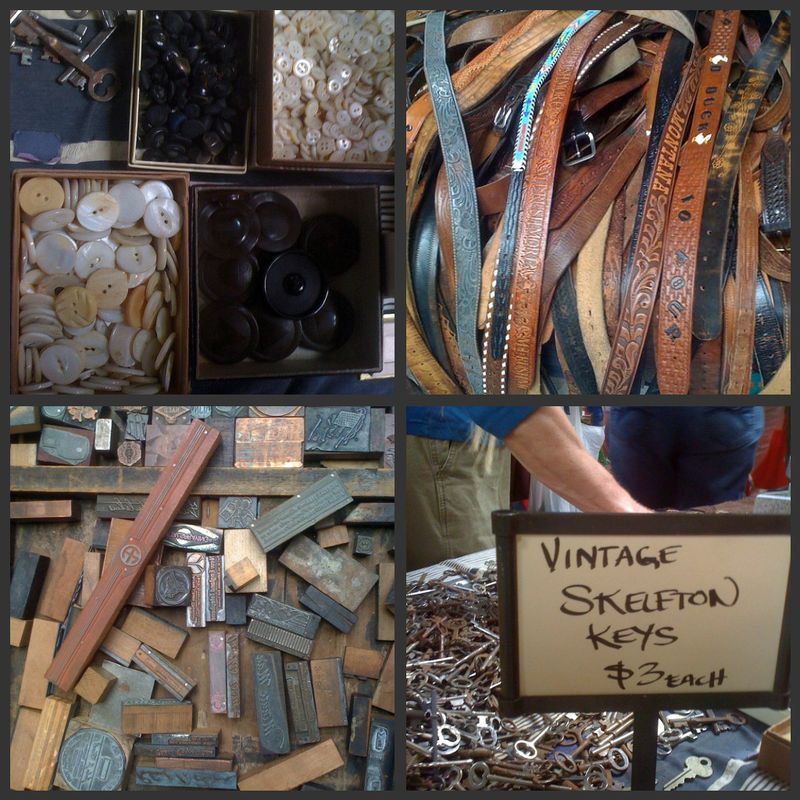 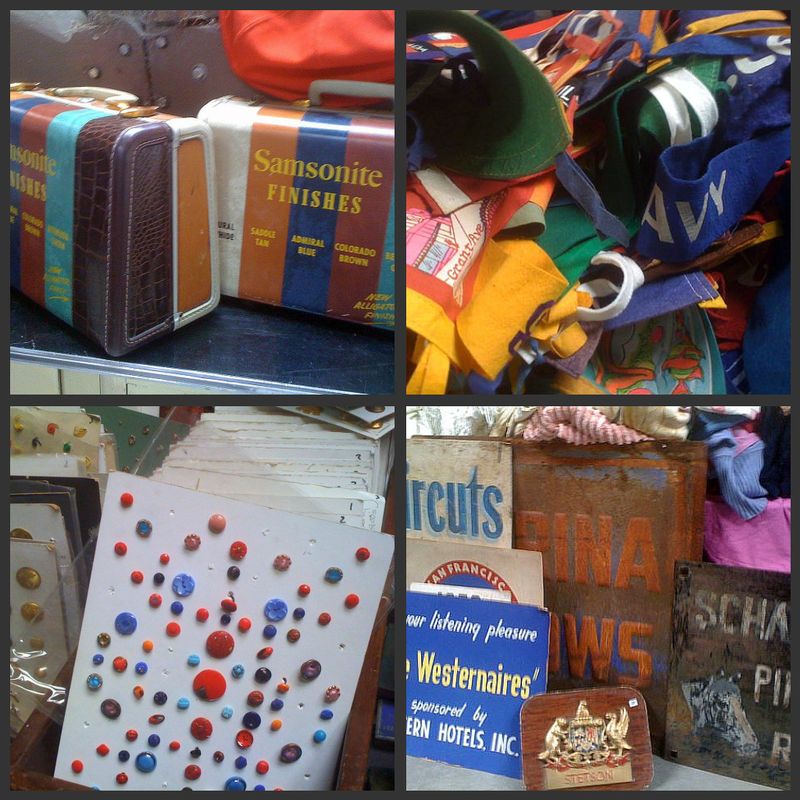 And then a special treat. Jo Packham from Where Women Create was there, signing her book and copies of her stunning magazine.  You don't have to be into antiques or crafting to get a lot out of these publications.  The messages are inspiration, encouragement, community and believing in yourself.  Oh and there's lots of eye candy and fodder for daydreaming.  Here's Jo with Serena… THE Farm Chick! 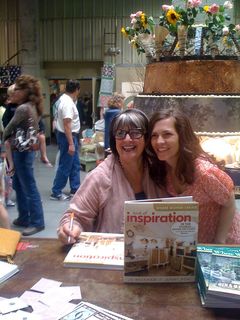 And here's yours truly… with some scary "I've been driving straight for five hours straight" hair and makeup.  That semi-wild look in my eye is happiness because the show was so good! 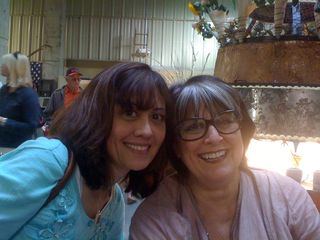 Since I was on "Special Assignment" hee hee from Vintage Indie Magazine, I took the opportunity to ask Jo what advice she has for women who have a creative stirring but feel afraid to act on it:

Jo was about the warmest person you could ever hope to meet.  She has that "lit from within" quality people have when they are living a life they love.  As for the Farm Chicks Show– I'm just getting warmed up.  I have a lot more to share with you this week.  I'm also contributing more FC stuff over at Vintage Indie Magazine.  Let me leave you with some sweet words Jo wrote inside my "Where Women Create" book:

The power of hard work,

The love of a forever friend,

And the magic of a four leaf clover!

« A Few Hearts For You
From Tee Shirt to Home Decor »